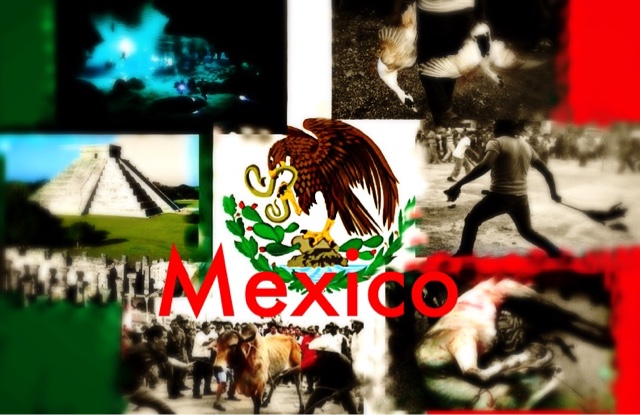 Watch Video.Mexican Festival Of Death
Every year, without fail, the locals in the Yucatán city of Citilcum celebrate a tradition known as Kots Kaal Pato. Live animals are put in pinatas then are bashed to death, kicked, thrown..it's pretty crazy s**t.  http://www.liveleak.com/view?i=6eb_1432907176  http://youtu.be/KeYWwPTJMeo 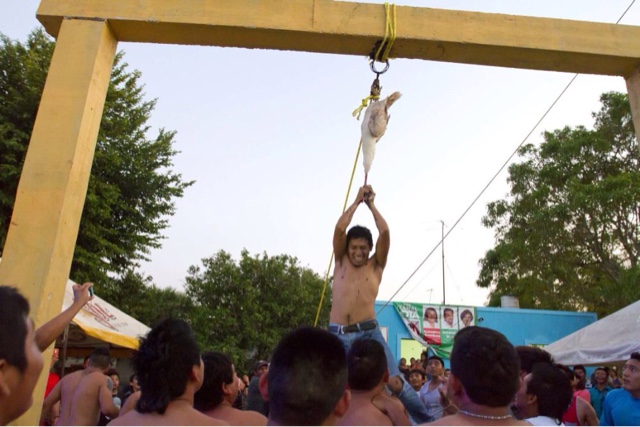 Warning:Very Graphic
Some of the below images
depict violence against animals. 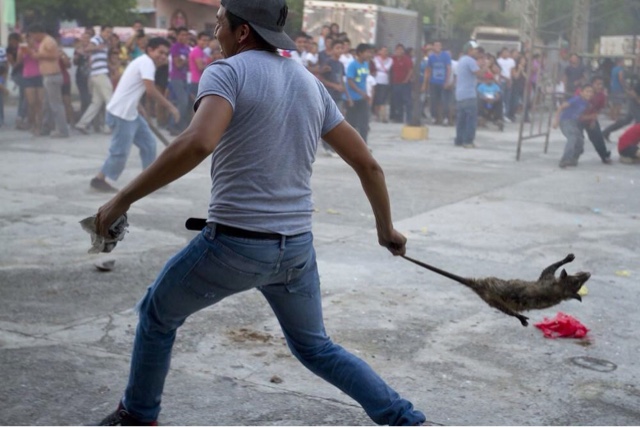 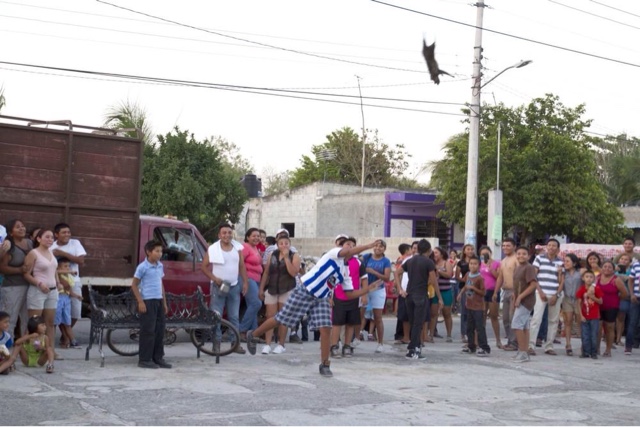 Every year, without fail, the locals in the Yucatán city of Citilcum,celebrate a tradition known as Kots Kaal Pato. Basically, it's a day when the whole town puts on their best clothes, gathers around a huge city center scaffolding and then proceed to kill a whole bunch of innocent animals, mostly for the lols. 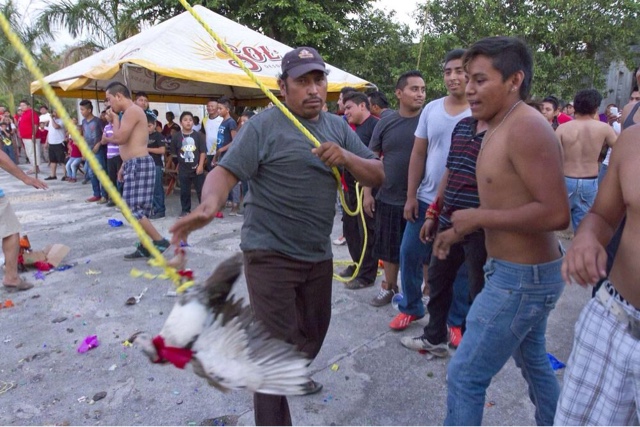 Kots Kaal Pato isn't actually that different from the Mexican tradition of piñatas, only instead of filling colorful paper-mache figures with candy, people fill them them with live animals—or vermin, as they're called—that the town's children have rustled up. For the most part that means iguanas, but the game's most sought-after stuffing is an endangered marsupial called an opossum. 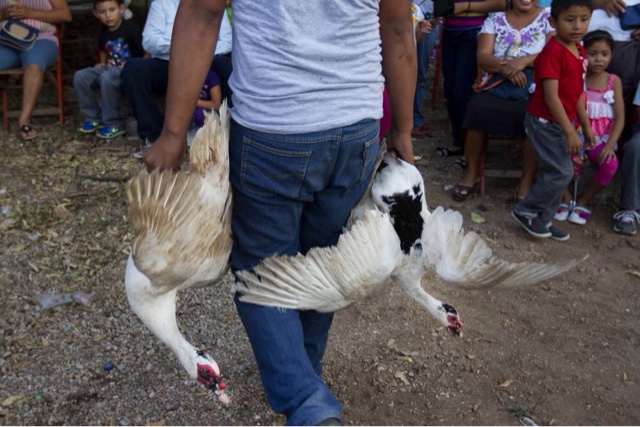 Then, just like with a regular piñata, people take turns at beating the holy crap out of the toy with sticks. Unfortunately, the animal that survive the initial shovel whacking don't tend to last much longer. If they somehow miraculously escape the festive deathtrap, the crowd will catch them and trample them to piece.

After they've exhausted their opossum supply, the people of Citilcum bring out a duck, the day's guest of honor. The bird is tied up and hung from a makeshift wooden structure so contestants can clamber over each other in an attempt to try and grab it. Whoever manages to catch it wins. 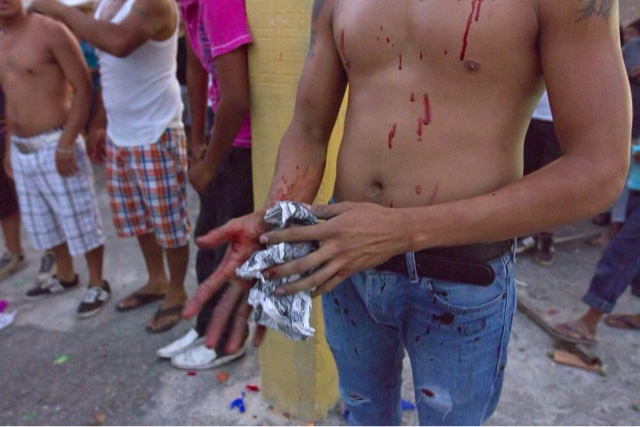 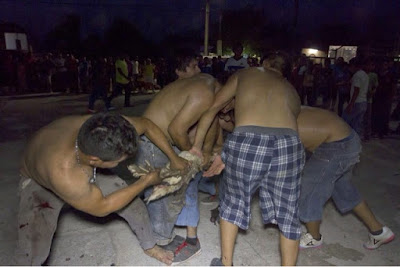 Obviously, the duck dies instantly when its neck is broken but it can take quite a while for the champion to tear the bird's head off - which is naturally what people are encouraged to do.

The audience gets completely splattered in blood as they cheer on this rather morbid spectacle. 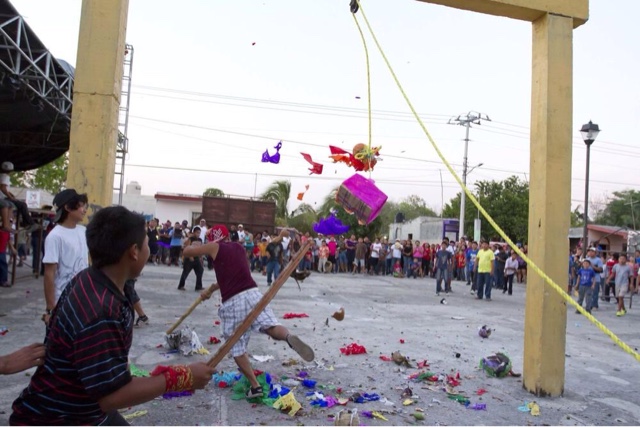 They're not bothered, though. Shockingly, they seem to love it.

Given that it's such a big event for the town, it's a little strange that no one present was capable of explaining the origins of the tradition to me. Not even the village elders.

"We don't know where this tradition comes from. I was taught by my parents, and my parents from their parents and so on. It used to be done in a large kapok tree nearby, but in 2002—when Hurricane Isidore hit Yucatan—the tree fell," recounted Idelfonso Tec, an elderly gentleman who was born and raised in Citilcum.
For more on Mexican tradition watch our doc on the life of supposed saint, El Niño Fidencio:

Since then, the celebration has taken place in a park right beside the city's municipal buildings. 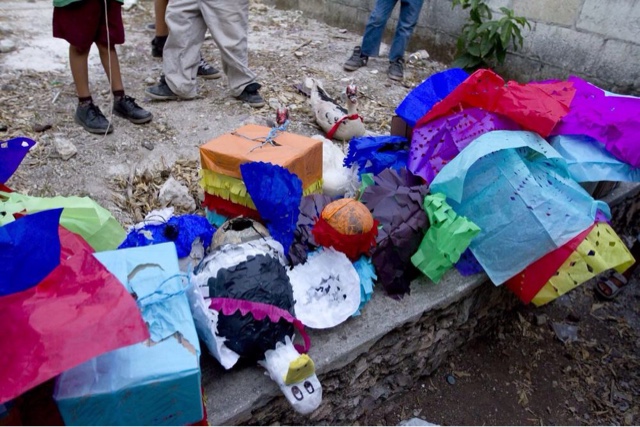 Freddy Poot Sosa, a Mayan culture researcher, seemed equally confused by the event. "I had no clue that such a celebration existed, I guess it must be a very local and exclusive tradition," he told me.

Nobody may know where this all started, but one thing is for sure—Kots Kaal Pato is something still happening in 2015.

Iguanas, opossums and ducks are killed mercilessly as part of "traditional festivities"
Mérida.- The Federal Attorney for Environmental Protection (Profepa) issued a recommendation to the mayor of Izamal, Yucatan state to prevent further sacrificing animals in a ritual called "Kots Kaal Duck".
The ritual is part of the traditional festivities in Citilcum and is that children, youth and adults break piñatas stuffed animals such as iguanas, and opossums. Also ducks, mostly, are hanging on a structure for participants from starting their heads.
The Mexican unit said in a statement that the aim of the recommendation is to "achieve decent treatment of wildlife, to eradicate celebrations of any act that injures, torture and mistreat copies like ducks."
It was also asked to conduct forums, workshops or any kind of meetings to promote the humane treatment of wildlife, preservation and care, between communities that are integrated into the city. 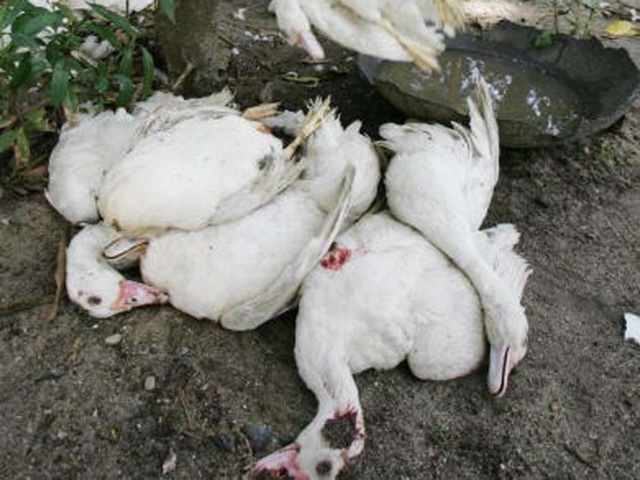 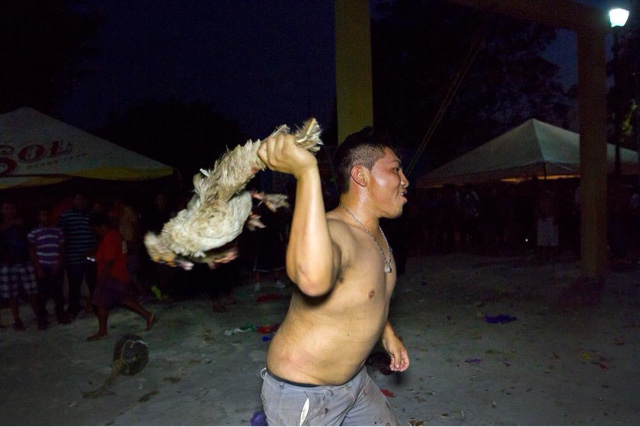 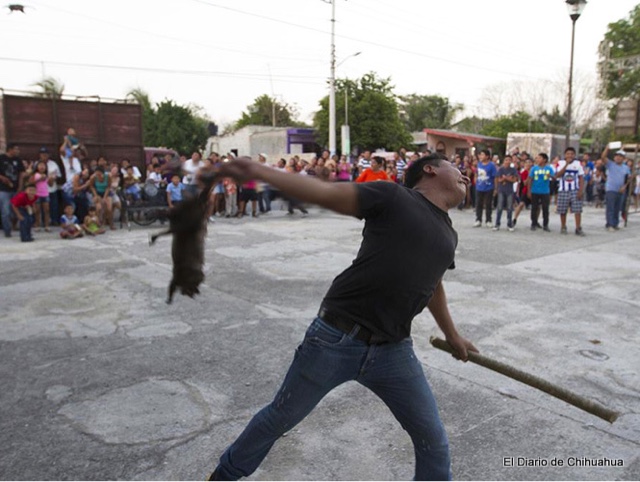 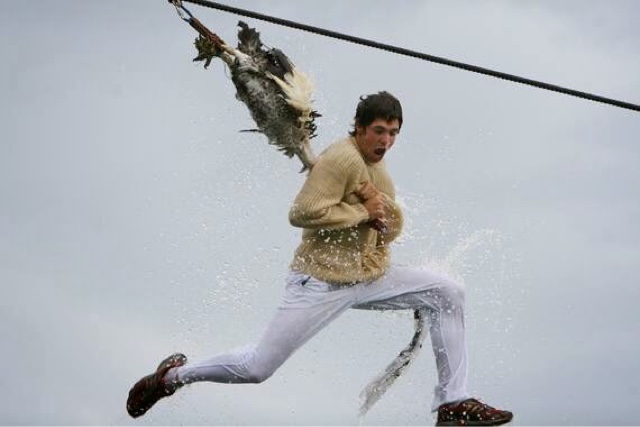 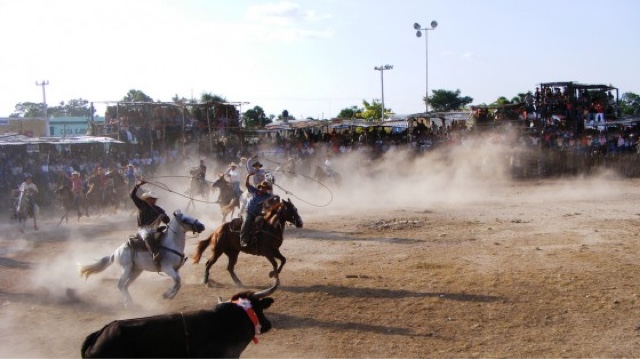 One of the most horrifying forms of animal cruelty takes place in the Mexican state of Yucatan. There, an event called the “Torneo de Lazo,” takes place multiple times a year, during which trained bulls ram into horses, fatally wounding them. The event is known as a feast and a celebration, but it is also a rodeo, where the trained bulls purposely kill a number of horses.


When a horse is rammed by a bull, the most common injury it receives is evisceration–its intestines are cut loose from its body. The animal is literally gored by the bull’s horns, and it will not die quickly. A petition from Avaaz.org described the way horses “usually collapse and while still alive continue to get trampled by bulls and other horses.” The horses must then die slowly on the ground with their intestines cut lose from their bodies.
The absolute barbarism of this event is self-evident. It is technically illegal, yet no action is ever taken to stop the event, which reportedly takes place all over the state throughout the year. Demand that local and federal authorities take measures to end this disgusting practice.
- See more at: http://right-tourism.com/2015/01/end-barbaric-mexican-horse-feast-petition/#.dpuf

Every year on February 1 in Tlacotalpan—a city     in the Mexican state of Veracruz—bulls are horrifically tortured during the “Fiesta de la Virgen de la Candelaria” festival. Liquor is poured down the bulls’ throats, and the animals are tied to boats and dragged across a river before being set loose in the streets. Participants then chase and beat the terrified animals and stab them with bats and knives. The torture continues for hours as drunken residents throw bricks and trash at the animals, kick and punch them, and cut off their ears. Surviving bulls are then turned out to pasture, no doubt left to suffer from their injuries. For photos of this barbaric event. The festival runs through February 9 and also includes gruesome chicken fights and horse races.

Despite a ban put in place in 2006 by the governor of Veracruz, the festival continues. Furthermore, the United Nations Educational, Scientific and Cultural Organization (UNESCO) has named Tlacotalpan a “World Heritage Site,” a prestigious title given to locations of cultural or physical significance.

Please contact city and state officials and urge them to ban this bloody and sadistic “tradition.” Ask UNESCO to revoke Tlacotalpan’s World Heritage Site status in light of this shameful event, and let Mexican tourism officials know that you will not travel to Tlacotalpan or Veracruz until this horrifying festival is brought to an end.
Horse collapsed after being gored by bull! 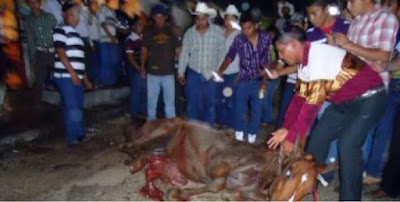 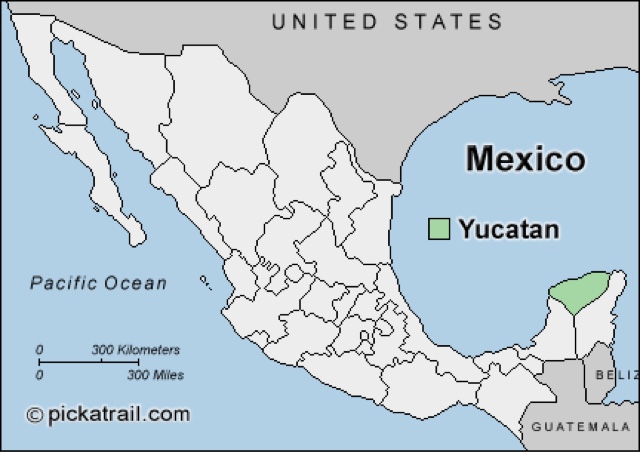 Posted by MisoKeikoOlds at 12:03 PM