Help Save 10 Dolphins From Captivity in Las Vegas Swimming Pools 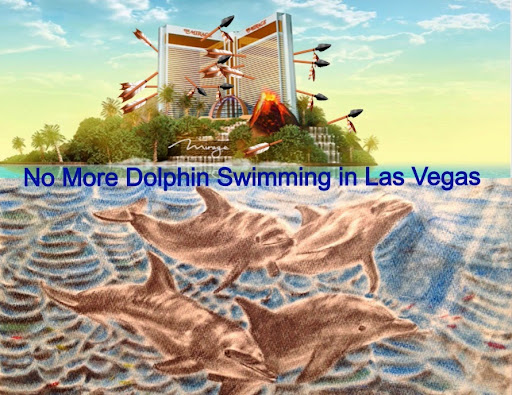 Help! Save 10 Dolphins From Captivity in Las Vegas Swimming Pools

★Close the Dolphin Death Pool at the Mirage in Las Vegas
http://forcechange.com/12297/close-the-dolphin-death-pool-at-the-mirage-in-las-vegas/

This petition was started in response to an  article I recently became aware of regarding the exhibit “Siegfried and Roy’s Secret Garden and Dolphin Habitat” located at the Mirage hotel and owned by MGM Grand International. 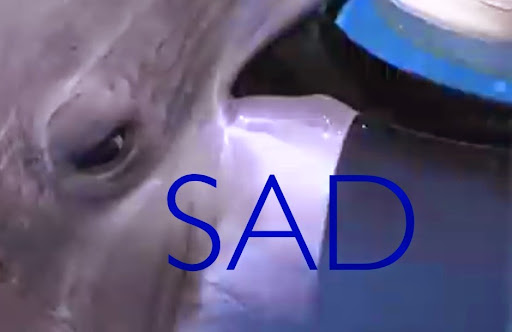 Born Free USA , WSPA and Dolphin Project  have condemned this place for its claims of being a research and educational facility, while in reality it is motivated by profits. They have nicknamed it the “Dolphin Death Pool” and below you will find some information pertaining to this name.

1. We seek to get shade for the dolphins from the over 100+°F immediately.

2. We want APHIS to test the salinity and water quality and do a well-check on the dolphins in this pool.

3.  We ask  the Clark County School Board to stop sending students immediately to the Dolphin Habitat at the Mirage.

4. We want the Mirage to phase out dolphin shows at this hotel and to move the dolphins to a dolphin rehabilitation center.

5. We will boycott all MGM Resort properties until the Secret Garden closes the dolphin death pool.

Check out the latest video and the conditions of the dolphins: https://www.youtube.com/watch?v=of3Dnzyu0VU

Here is a list of the dolphins that have died there since its opening in 1990:

The attraction states that they take excellent care of their dolphins, however it seems to us that the mortality rate of these animals is very high. We believe that these bottlenose dolphins are subject to extreme temperature changes, from extreme cold (snow flurries) to extreme arid, dry conditions and pollution from a nearby highway. The pool is located in the heart of Las Vegas and specifically next to a busy highway. If you lived next to constant gas fumes from thousands of automobiles, you’d develop respiratory problems too!

This petition proposes its readers to urge the Mirage to prepare a plan to provide shade and/or relocate the dolphins to a facility that mimics the dolphins natural environment. These creatures belong in the ocean, not in middle of the desert. If they are truly a research and educational facility they would not need to be located in the Las Vegas strip.

We understand that dolphins who are born in captivity will not be able to be released in the ocean. However, we believe that the era of marine mammal captivity for human entertainment is over. We are no longer amused with dolphins performing unnatural behaviors.

The Mirage Hotel should start phasing out their wild dolphin habitat and replace it with this: http://www.liveleak.com/view?i=f18_1396572778&comments=1

If you have a problem signing the Petition email directly to: secretgarden@mirage.com
Thank you all for your support!

While people in furry boots flock to EDC 2014 in Las Vegas, 10 dolphins are being held captive in two swimming pools at the Mirage Hotel — a branch of MGM Resorts International, right on the Vegas strip.

Guests at the swanky hotel can chill out, get their tan on, and even practice yoga alongside the dolphins, who are similar to humans in many ways, and even have denser brains than ours.
But most of their intelligence goes to waste in the Mirage’s “Secret Garden,” where the dolphins have barely anything to stimulate them at all.
Well, unless you count people snapping pictures for Instagram.

Unlike the humans, who’ll head up to their air-conditioned rooms later, the dolphins never get a break from the sweltering heat, which can reach temperatures of well over 100 degrees on any given day.
In the wild, dolphins are able to escape the sun’s glaring light and dangerous UV rays by taking refuge beneath a rock overhang or near plant life. But, at the Mirage, it’s an all-day grind as they’re made to perform tricks for one audience after another, again and again… for the rest of their lives.
One desperately bored dolphin ignores the “toys” that are thrown into the water, preferring instead to bite a gate separating the two pools.

A nearby school district sends students to the facility to learn about dolphins. But, by going to the Mirage, they’re learning more about cruelty to animals than anything else.
Three of the dolphins suffer from an extremely contagious disease known as the pox. Wide, circular lesions dot their slippery skins. According to the National Institutes of Health, the main causes of the illness are stress, environmental conditions and poor general health.

In other words, these dolphins are so sick precisely because they’re stuck at the Mirage. Thirteen dolphins have died there since 1990, and unless we do something about it, more will follow.
We have the power to end the exploitation. But we need to band together to do it.

Lincoln O’Barry from the Dolphin Project (the organization behind The Cove) stopped by the RYOT offices to let us know about a petition to get the MGM Mirage to give up their captives and send them along to a dolphin rehabilitation facility, where they can spend the rest of their lives in comfort. He’s working along with marine mammal activist Barbara Napoles and theFree the Mojave Dolphins from the Mirage Las VegasFacebook group to get these beautiful animals to freedom.
Because they were raised in captivity, they can’t be released into the ocean, but these dolphins don’t need to suffer so the MGM can profit any longer.
The petition also asks that the dolphins be given immediate relief from the sun, and that the water in their pools is tested to make sure it’s the right quality for them.
But these are just interim steps until they can be moved to a safe new home.
Check out the video below to see the dolphins in live action… and for a crushing reminder that there’s not a second to spare
▼▼▼▼▼▼▼▼▼▼▼▼▼▼▼▼▼▼▼▼▼▼▼▼▼▼▼▼▼▼▼▼▼▼▼▼▼▼
Advertising
http://www.mirage.com/?kbid=2584521&gclid=Cj0KEQjwlv6dBRDC7rGfrvidmJgBEiQAjd3hMCYi9QBnELzEaC-T4ZjoHzzFb4kLYwHm_GKd7JIv6x0aAqUs8P8HAQ

Enjoy admission to an attraction that defines wild in Vegas in a whole new way -- The Secret Garden and Dolphin Habitat at The Mirage Las Vegas.Opened in 1990, Siegfried and Roy's Secret Garden and Dolphin Habitat is the dream of legendary magicians Siegfried Fischbacher and Roy Horn, better known to millions as Siegfried & Roy. For years the duo has worked to help save endangered animals, primarily white tigers and lions.The Secret Garden and Dolphin Habitat at The Mirage Las Vegas showcases the duos dedication to animals with two areas - the Dolphin Habitat and the Secret Garden.Surrounded by palm trees, lush foliage and 2.5 million gallons of water, the Dolphin Habitat is a research facility designed to educate people about these amazing creatures. And while the dolphins don't perform, visitors can occasionally catch the animals engaging in natural play.Guests can also enjoy an underwater viewing area, shaded seating, a café and a gift shop filled with memorabilia including plush dolphin toys and even dolphin-shaped water guns.Steps away from the Dolphin Habitat, guests can enter the wonderful, secluded world of the Secret Garden.The attraction displays six different showcases of lions, tigers and leopards. There are no animal shows. You'll be observing all of animals in a lush tropical environment.As you meander through the habitat, you'll notice all the greenery, jungle-themed music and even a towering wildcat figure made from plants. Fun facts about the animals are written on plaques spread throughout the facility. Some of the cats even have built-in waterfalls in their resting areas.The Secret Garden stands out from other animal habitats because it features black and white striped tigers as well as pure white ones. Other endangered animals at the facility include six leopards, one snow leopard and one black panther.If you want to take some of the wildlife back home with you, the gift shop at the Secret Garden offers souvenirs.▲▲▲▲▲▲▲▲▲▲▲▲▲▲▲▲▲▲▲▲▲▲▲▲▲▲▲▲▲▲▲▲▲▲▲▲