I living Minnesota. But I don't know this News. I know today.
This is wonderful. All world Dolphin show need think about this. 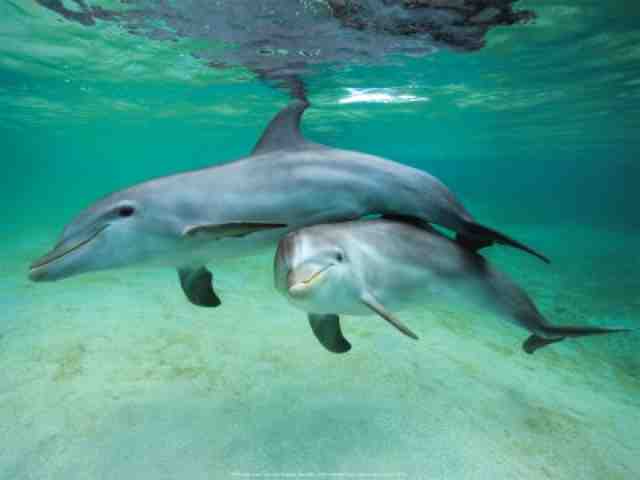 July 24, 2012 Elisabeth Torres
(DOLPHINS) MINNESOTA — The Minnesota zoo recently announced that after more than a decade it’s discontinuing their captive dolphin exhibit. Earlier this year a facility in Germany decided to discontinue their dolphin exhibit and the Swiss government passes laws that will end the keeping of dolphins and whales in captivity. With an estimated 410 captive dolphins in the United States, it would be nice to see more facilities follow Minnesota’s lead. With IMAX, 3-D, and the virtual reality technology available today, captive dolphin exhibits could be turned into educational exhibits, and the wildlife could remain in the wild. — Global Animal

I was intrigued by the Minnesota Zoo’s recent announcement that it is discontinuing its captive dolphin exhibit. More than a decade ago we expressed concern about the zoo’s acquisition of two dolphins from South Africa. In our letter we asked the zoo to instead consider phasing out the captive dolphin display.

We are thrilled to see that the zoo may finally be heeding our advice. Better late than never.

Whether wild-caught or captive-born, dolphins in captivity are sentenced to a life of confinement, deprived of normal social and environmental interaction that they would otherwise enjoy. Barren tanks simply cannot meet the needs of these highly intelligent and active animals.

There are an estimated 410 dolphins in captivity in the United States. Marine mammal inventory reports maintained by the National Marine Fisheries Service show that the Minnesota Zoo had three wild-caught dolphins in its exhibit.

While the Marine Mammal Protection Act (MMPA) makes it more difficult to capture marine mammals from the wild, aquariums can and sometimes do apply for permits to import animals from other countries where wild capture is still common.

After passage of the MMPA in 1972, the captive marine mammal industry placed much emphasis on captive breeding to keep the tanks full with endearing performers and to avoid bad public relations associated with wild capture. But without wild capture, the supply does not appear to be keeping up with the demand. The Minnesota Zoo suggested that both the expense and difficulty of obtaining dolphins were reasons for discontinuing the dolphin exhibit.

Born Free USA would like to believe that public support for captive displays of marine mammals is also waning. We hope this is the case throughout the world.

Earlier this month, a facility in Germany announced that it would discontinue its dolphin exhibit, citing an inability to provide an adequate environment for the animals. Once it closes, there will be just two places in Germany that keep dolphins in captivity.

In March, the Swiss government passed measures that will end the keeping of dolphins and whales in captivity. Bans on captive dolphins are already in place in Norway, Luxembourg, Slovenia and Cyprus.

And it was public support for keeping wildlife in the wild that made possible the Born Free Foundation’s rescue, rehabilitation and eventual release of two dolphins, Tom and Misha, who had been at death’s door in a filthy swimming pool at a resort in Hisaronu, Turkey.

I hope that the Minnesota Zoo’s decision to close its dolphin exhibit was more than just a financial one and that ethics also played a role. Perhaps the facility will focus on educational programs that do not exploit animals, such as its current exhibit that features 15 animatronic dinosaurs.

The Minnesota Zoo also could be reinvented to serve as a rehabilitation facility for native wildlife and a permanent home with spacious “natural as possible” enclosures for those individuals who cannot be returned to the wild.

Captive animal displays represent a less-enlightened time when animals were viewed as objects for our amusement with no regard to their physical and psychological well-being. Through satellite, 3D, virtual-reality and IMAX technology, visitors can “experience” life in the farthest-flung corners of the globe and learn about real conservation issues and solutions “from the source” via experts on the ground where projects are being undertaken.

We must teach future generations that it is not acceptable to exploit animals and nature. Keep wildlife in the wild.


Posted by MisoKeikoOlds at 9:28 PM