INVASIVE SPECIES: Will They Invade This World?

Invasive species are eating away the native enviorment just under our feet. A constant battle between these new species and species that have lived there for million of years is becoming more and more intense each day. The native species are losing, it's time for humans to take the stance to fight along with them and fix our own mistakes.

1. What Are Invasive Species?

Invasive Species is an organism from a foregin area and is placed in a different enviorment. They include species of mammals, reptiles, birds, insects, pathogens, etc. Often times, species will adapt to their new enviorment quickly, and begin their natural instinct of competition of space and food against other native species. Since native species in the area does not recognize this new species and how to defend against them, they are often times eliminated or extinct.  Of the 2,000 species that are growing lower in population, over half of them are close or at the point where they are endangered. Organisms adapt to other organisms in symbiosis over millions of years time, but defending against foreign  species in a short amount of time, the native species doesn't have a chance to survive!

This Video By the DNR Will Explain About Invasive Species: http://youtu.be/IobWB1yZHm8 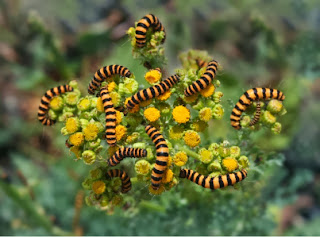 Most invasive species travel into another enviorment in the means of HUMAN TRANSPORTATION. We are constantly moving to this place to that place without the awareness that a seed is stuck under your shoes, or a species of mice in a crate on a cargo ship. Or trains carrying coal to your city only with a insect crawling around the cargo. Or cars carrying a delightful fruit from a different state in another state. They are constantly moving. But it's not the organism's fault, but human awareness and precautions are decreasing.

It is not only human influenced, but also enviormentaly influenced. Since climate change is a hot topic for enviormentalists due to global warming, rain, hurricanes, etc, it is a constant problem to different countries. Often times, the wind picks up a invasive species such as seeds and plants, and "accidently" lands on a different environment. 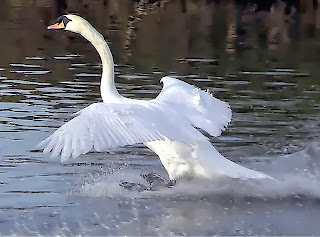 3.  How Does It Effect Humans and other Organisms?

Invasive Species can effect the society more then we think they are. Foreign trees and plants needs to pollinate in order to reproduce. Since our immune system is not adapted to these pollen particles, our body will react and create a allergic reaction. Ragweeds are a major allergy issue within North America. Over 15 million people suffer from this type of allergies.

Pathogens such as bacteria, viruses and parasites are also considered as invasive species. As explained above, invasive species are being  constantly transported behind our own backs. Pathogens and parasites however, are being transported by the human bodies. Often times they are contagious to other organisms and humans. Some examples are the deadly Malaria that originated in Africa and the West Nile Virus that is constantly causing social issues to the public. Some can be cured, and some can result in death.

Invasive species can get in the way of crops that we eat everyday. The U.S. had already lost $120 Billion dollars worth of crops, property and environmental damage. They can be highly immune to different insecticides.

Insects such as Gypsy Moths can critically damage trees and cause them to die or become severely ill. Sudden Death disease on oaks and ash trees can kill them immediately. Since invasive species reproduce rapidly, they are quite hard to get rid of, because most have the ability to outcompete with other native species in the area. This is the reason why native species are decreasing at an alarming rate over a short period of time. Another example is the Zebra Mussels. They are a constant problem to lake life and to the society. Though many can argue that since these mussels are filter feeders, they have the ability to clean and improve the health of the lake. But the cost of this is that native species of mussels will be overwhelmed by these Zebra Mussels and die easily as they cover up the breathing tube of native mussels.

4. What Can We Do To Prevent Them?

Prevention is quite simple yet complex without our own efforts. Here are some simple ways to prevent them from coming into your state/country/city:

a. STUDY THEM: If your interested in invasive species, hit the computer or your local library. Invasive species is as studied area, but it doesn't hurt to learn more about them. You don't have to spend hours reading a whole book about them, but read enough until you understand the basics about invasive species. Here are some national websites to start off:

c. REPORT THEM: If you find an invasive species, report them immediately to the nearest natural preservation center or organization. Email them and ask if it is an newly introduced invasive species. Send them some pictures of it. And ask what you can do to remove them. Act fast, some can reproduce within a matter of weeks or days. Here is some website of contacts:

f. VOLUNTEER: Do you have an organization nearby that is concerned about the environment? Join them! Every person whom is involved can make a huge impact towards the environment.

g. PETITION: Ask the government and its Congress to fund more towards saving the environment! 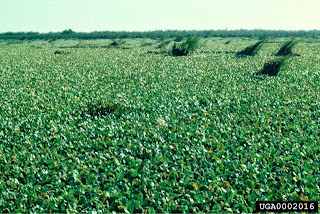 Posted by MisoKeikoOlds at 6:38 PM